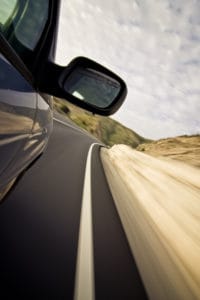 According to reports, a 1996 Chevrolet Tracker driven by 57-year-old Alma Lora of La Junta was traveling eastbound in the westbound lanes of the highway, when she crashed head-on with a Chevrolet Malibu that was traveling westbound.

Both vehicles came to a stop in the middle of traffic lanes near milepost 377. The westbound 50 was temporarily closed while the victims were transported and investigation took place.

Authorities do not believe that drugs or alcohol were involved in the fatal collision. After a preliminary investigation, it is believed that the cause of the accident may have been a medical issue. No other information has been provided at this time by police officials.

Heartfelt condolences to the family and friends of Alma Lora. Wishing them strength and support in this difficult time. May she rest in peace.

If you have been involved in a serious car accident, contact the experienced attorneys at Sweet Law Group. We have over 40 years of experience in the legal field and have dealt with cases including wrongful death, auto accidents, disability, and personal injury. Call our offices at (800) 203-3061 for a free consultation with a professional near you. We can also be reached by text message, email, and online chat.