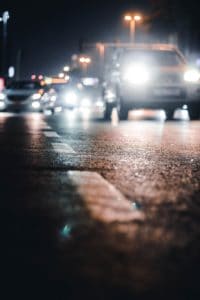 Authorities received reports of a man down on the roadway in the 10100 block of San Mateo Street on June 23.

At about 11:05 p.m., authorities responded to the scene and found the man lying on the ground. According to the report, the man was already unresponsive.

Paramedics gave the man initial treatment on the scene. They later transported the man to the local hospital for further treatment.

However, he was reported to have succumbed to the injuries sustained from the incident.

As of the moment, the police are still investigating the incident. In addition, it is yet to be confirmed if the crash was an incident of a hit-and-run.

Our thoughts are with the family and friends of the deceased victim. We at Sweet Lawyers wish them strength and comfort during this difficult time.

In the case of a suspected hit-and-run crash, it is crucial that the family of the deceased victim become aware of their rights under the law. In this case, there may be a right to file a lawsuit against the person, or person’s company responsible for the loss of their loved one. Those closest to the victim may have the right to seek compensation for their loss. Some common examples include funeral expenses, medical bills, and what is called “loss of consortium.” Loss of consortium means the loss of future affection and companionship over an untimely death.

If you believe that a loved one wrongfully died in a car crash, reach out to the experienced lawyers at Sweet Lawyers. With over 40 years of experience in the legal field, we know what it takes to win your case. Day and night, we promise to fight for you until your family achieves the justice and compensation that is owed. Call us at (800) 203-3061 to arrange your free consultation with an experienced legal professional in your area. Moreover, we are also available through email, text message, and online chat 24 hours a day and 7 days a week.