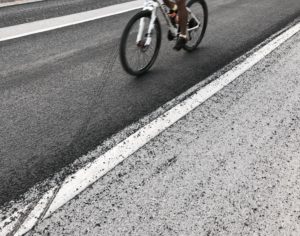 MONTCLAIR, CA (December 11, 2018) – A man was arrested after a hit-and-run collision that ended with a bicycle rider sustaining critical injuries on December 8 in Montclair.

The Montclair Police Department revealed that 33-year-old Alejandro Lopez Cuevas was arrested on suspicion of hit-and-run resulting in injury after investigators located both him and the vehicle that was suspected to have been involved in the collision, at a home in Montclair.

The incident occurred around 7:30 p.m. on Central Avenue and Orchard Street.

“Officers found the bicyclist lying unconscious in the roadway. He was transported to a trauma center where he remains in critical condition,” a statement revealed.

According to Montclair police Sgt. Steve Griffin, the victim was a male believed to be in his 40s or 50s. The authorities also reported that Lopez Cuevas escaped the scene but the investigation was continuous.

“Officers located the suspect vehicle hidden in the backyard of a home in the city of Pomona. The driver was also located and arrested,” the statement reported.

Meanwhile, the suspect was released from detainment on the same day he was arrested after paying for his bail.

Anyone who witnessed or has information regarding the collision is urged to call Montclair police at 909-621-4771.

Whether you are a driver or a pedestrian, it is important to abide by all traffic laws and observe safety precautions. If you’re behind the wheel, do your part to avoid distractions and look out for pedestrians at all times. If you’re crossing the street, do so at designated crosswalks or intersections. When walking alongside a road, remain on the sidewalk wherever possible. If there is no sidewalk, walk on the shoulder and face oncoming traffic. By obeying traffic laws and being cautious of the conditions of the road, you can help prevent an unforeseen accident and keep yourself and others safe.

If a loved one was killed or has been injured in a bicycle accident, contact the personal injury lawyers at Sweet Law Group. We have over 40 years of experience in the legal field, and we know what it takes to win your case. Our attorneys and experienced professional legal team have dealt with cases including car accidents, personal injury, wrongful death, and disability. Untiringly, our team will fight to achieve the justice and compensation that you and your family deserve. Call our offices at (800) 203-3061 for a free consultation with a professional in your area. We can also be contacted 24 hours a day/ 7 days a week by email, online chat, and text message.