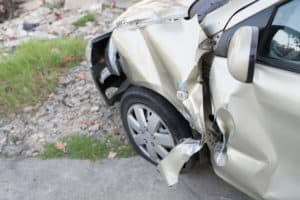 ANTIOCH, CA (December 27, 2019) — A 36-year-old man died Tuesday in a crash with a tree at Hillcrest Avenue and Golden Bear Drive.

Witnesses reported seeing a car crash into a tree after weaving in and out of traffic and traveling at a high rate of speed.

Ahkeen Carter, the operator of the vehicle that hit the tree, suffered critical injuries and died shortly after. Investigators determined that he had been traveling at approximately 80 mph in a 45-mph zone. He was the only occupant of the vehicle.

News reports did not release any other information concerning this accident. However, more investigation is underway.

The Sweet Lawyers would like to express their condolences and sympathies to the bereaved family and friends of Ahkeen Carter.

The Sweet Lawyers comprise a phenomenal crew of attorneys, retired judges and hardworking individuals who know the ins-and-outs of the legal system. If you’re interested in filing a claim, call (800) 674 7852. We’ve assisted countless people who’ve been victims of car accidents. Allow us to guide you in your legal fight and win you a settlement that’ll cover all medical bills.