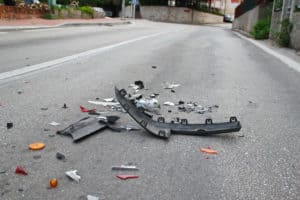 Moreover, it happened near the intersection of East 170th Street and East Avenue S at around 3:30 p.m.

CHP Officer Elizabeth Kravig revealed that a man was pronounced dead at the scene of the crash. Los Angeles County Fire Department transported two people to a hospital with unknown injuries.

While Adalberto Trujillo did not survive his injuries, the Chevy driver was taken to the hospital. Additionally, the identity of the second person transported to the ER is unknown.

We understand that losing a loved one is never easy. Our law firm would like to express our heartfelt sympathies to those mourning the death of Adalberto Trujillo. We also hope the other driver involved a speedy recovery.

What To Do If Involved in Similar Accident

In a time filled with uncertainty, confronting a tragic loss can seem unimaginable. However, it’s crucial to consider that the family of the victim is entitled to significant compensation via a wrongful death claim.

Losing a loved one can be distressing for your family and those involved, to say the least. You may have a chance to obtain justice and the means needed to cover unexpected monetary, physical, and emotional damages. With 40 years of practice, Sweet Lawyers is confident that we can tackle your wrongful death lawsuit and help you recover. Our lawyers are here to guide you during your legal battle. We will help you acquire the justice and compensation needed to cover any financial hardships. Sweet Lawyers are no stranger to wrongful death cases. Thus, for a free case evaluation, call (800) 674 7852.