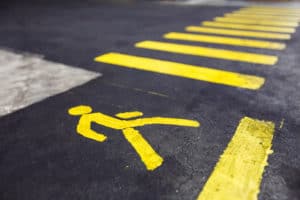 The collision happened at about 7:30 a.m. while 12-year-old Abraham Trejo was on his way to school.

The crash scene was in the 100 block of East Martin Luther King Jr. Boulevard, down the street from the Accelerated Schools.

According to Los Angeles Police Department Detective Moses Castillo, an SUV made a left turn and struck Trejo. Both of them had green lights.

Meanwhile, a witness administered CPR to the victim. However, Abraham Trejo succumbed to his injuries despite the efforts and immediate response by the LAFD firefighters and paramedics. Officials also revealed that Trejo went under cardiac arrest.

The Badge of Heart initiated a GoFundMe account to aid the child’s family for the funeral and other expenses.

Meanwhile, the 43-year-old female driver remained at the crash scene and attempted to aid the victim.

“We’re grateful that the driver actually stopped and did what they’re supposed to do, is render aid and call 911,” Castillo added.

The authorities are trying to determine whether it was distracted driving or impairment that led to the crash. However, it’s still unclear whether the inclement weather was a factor.

The LAFD also warned motorists of traffic delays “for an extended duration” at the time the investigation on the scene was underway.

Our sympathies are with the grieving family of Abraham Trejo.

If a loved one was killed in a pedestrian crash due to a negligent driver, reach out to Sweet Lawyers. We have over 40 years of experience in the legal field, and we know what it takes to win your case. Our attorneys and professional legal team have dealt with cases including wrongful death. We will fight to help you achieve the justice and compensation that your family deserves. Call now for a free consultation at(800) 674 7852 to speak to an experienced legal professional in your area. You can also reach us 24 hours a day and 7 days a week by email, online chat, and text message.