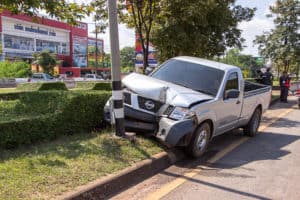 Officers rushed at around 4:46 a.m. to Wilson Avenue and Lighthouse Drive on a report of a traffic crash.

Responding officers found out that a 2011 Lexus SUV with two people inside moved south on Wilson Avenue. Then the vehicle left the roadway and collided into a traffic signal pole.

Paramedics brought both occupants of the vehicle to the hospital.

According to the Vallejo Police Department, the woman was a front-seat passenger in a vehicle that crashed into a traffic signal pole. She had been hospitalized after the incident with life-threatening injuries.

Police received a notification on Thursday that the Vallejo woman passed away. The report said it is believed her age was a major contributing factor to her death.

The deceased woman’s daughter, a 58-year-old Vallejo resident, was the one who drove the vehicle and sustained minor injuries in the collision.

Investigators said it does not appear speed played a role in the crash. The vehicle traveled slower than the posted speed limit at the time of impact.

Police also said it does not appear drugs or alcohol is a factor in the incident.

We share our thoughts of support and condolences to the family and friends of the victim.

The sudden loss of a loved one is a difficult time for any family. During this time, there are many questions and decisions that you need to make.  Although nothing can bring back your loved one, our wrongful death attorneys at Sweet Lawyers can help seek justice for your loss. We will fight hard for you. Learn more about the process by speaking to one of our representatives today. Schedule a free consultation at (800) 674 7852.