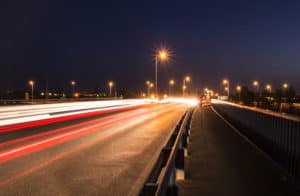 The crash happened a little after 12:00 a.m. on 80 Freeway near Abernathy Road.

According to the CHP, a white Toyota Corolla was driving east on the westbound lanes of 80 Freeway. It then crashed head-on into two other vehicles.

As a result, nine people were injured. Three of the victims suffered major injuries. CHP identified them as a 35-year-old Suisun City man, 40-year-old Fairfield man and a 17-year-old Roseville girl.

One remained in critical condition throughout the day, the CHP said.

Six other people, including four children, sustained minor injuries. All were treated at NorthBay Medical Center.

Police arrested the driver of the Corolla on suspicion of DUI. They are asking for witnesses to help them determine when and where the driver began traveling the wrong way on the freeway.

An investigation into this crash is ongoing.

Drivers driving on the wrong side of the road or against traffic is a common cause of head-on collisions. Always pay close attention to pavement markings for you to know if you are driving in the right direction or not. Maintain a safe speed and only drive when you are alert and sober.

If you have been a victim of a car accident, contact our trusted personal injury attorneys at the Sweet Lawyers. We understand the impact of road accidents to injured victims and we are here to help you get the justice and compensation you deserve. We will make sure to fight for your rights and provide you with the best and excellent representation. Call us today at (800) 674 7852 to discuss your case details free of charge.