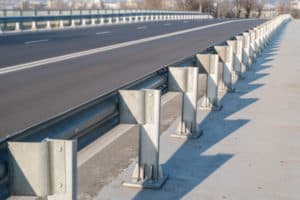 The crash happened around 2:00 p.m. on Highway 395 near Coso Junction.

According to reports, a 2016 Nissan Versa was traveling westbound on Gill Station Coso Road approaching Highway 395. At the same time, a 2014 semi truck was heading northbound on Highway 395 at 55 mph.

The Nissan entered the intersection without yielding to the approaching semi and was struck on the left side. The impact caused the Nissan to overturn into the center divider.

Paramedics responded and found the female passenger in the Nissan with fatal injuries. The victim, who was from Sahuarita, Arizona, died at the scene. Her name was not immediately available.

The driver of the Nissan, 78-year-old Robert Frost of Green Valley, Arizona, was airlifted to Kern Medical Center in Bakersfield for treatment of his injuries.

Meanwhile, the driver of the semi did not suffer any injuries.

We express our deepest condolences to the family and friends of the victim.

To begin filing your wrongful death claim, contact the Sweet Lawyers at (800) 674 7852. With a free consultation, you will determine the next steps in your case and your legal options. Our law firm has been around for more than 40 years helping victims of negligence recover and seek compensation. From car accidents to disability law cases, we have what it takes to represent you in the best way possible.