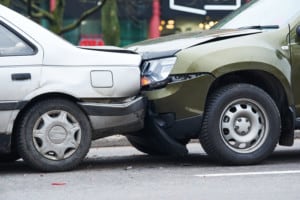 The crash happened around 4:00 p.m. on Senter Road near Nokomis Drive.

According to San Jose police, a 2018 Honda CRV carrying a man and two boys, ages 8 and 9, rear-ended a white 2019 Tesla. The Honda then veered across oncoming traffic and crashed into a utility pole.

Paramedics rushed the three occupants of the Honda to the hospital, with the youngest child suffering the most serious injuries, police said.

The male driver of the Tesla only sustained minor injuries. His two passengers were unharmed.

The 8-year-old succumbed to his injuries on Wednesday. As of Friday afternoon, the Santa Clara County Medical Examiner-Coroner’s office had not released his name.

The events that led up to the crash is still under investigation. Officers do not believe that drugs or alcohol were contributing factors.

Our law firm would like to share our sincere sympathies to the family and friends of the victim.

If you have lost a loved one in a car accident, do not hesitate to contact The Sweet Lawyers today. We house experienced wrongful death attorneys who have been recovering full and fair compensation for accident victims and bereaved families for over 44 years. We will provide you with the support and top notch service needed to help you recover both financially and emotionally. Call us today at (800) 674 7852 for a free evaluation of your case details.