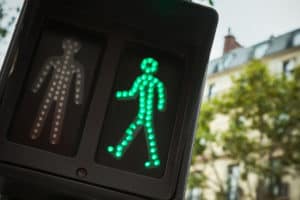 Afterward, the Ford spun and hit the pedestrian on the southwest corner of Nautilus Street and La Jolla Boulevard.

The impact left the pedestrian with a Tibia/Fibula fracture in his left leg and other serious injuries. Meanwhile, the driver of the Toyota had a minor cut on his face. On the other hand, the Ford’s driver was uninjured.

The San Diego Police Department’s Traffic Division spearheads the crash investigation. Also, the police do not believe that drugs or alcohol played a role in the crash.

We understand that being involved in a pedestrian crash is a heavy load. Thus, it is best to turn to the experienced attorneys at Sweet Lawyers. Moreover, our attorneys and professional legal team have dealt with a variety of cases including pedestrian accidents. We promise to fight for you until your family achieves the justice and compensation that is owed. Call us at (800) 674 7852 to arrange your free consultation with an experienced legal professional in your area. In addition, you may reach us 24/7.