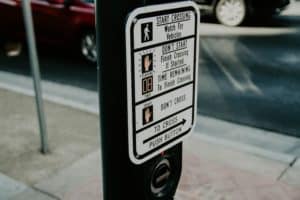 According to the police, the accident occurred around 9:30 a.m., on Paradise Road. Dispatchers arrived just south of Elvis Presley Boulevard soon after.

Paramedics transported the unidentified pedestrian to Sunrise Hospital and Medical Center due to the extent of his condition. He eventually succumbed to his injuries, and was later pronounced dead.

The driver of the vehicle was identified as a 26-year-old Las Vegas man. He remained unharmed. He also stayed on scene and showed no signs of impairment.

According to reports, the pedestrian crossed a street outside of a marked crosswalk at the time of the collision.

Furthermore, the incident still currently remains under investigation. No further update has been released at this time. The surrounding area was closed for a brief time while crews worked to clean the scene.

We at Sweet Law Group offer our deepest sympathies to the family and friends of the man killed in this tragic incident. Wishing them strength and support during this very trying time.

If you believe that your loved one was wrongfully killed in a pedestrian crash caused by an inattentive driver, reach out to the experienced lawyers of Sweet Law Group. With over 40 years of experience in the legal field, we know what it takes to win your wrongful death case. We have dealt with a variety of cases including personal injury, wrongful death, disability, and car accidents. Call us at (800) 674 7852 to arrange your free consultation with an experienced legal professional in your area. For your convenience, we are also available through email, text message, and online chat.