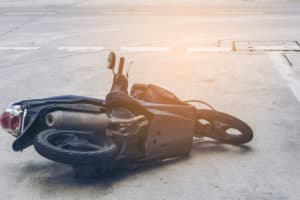 RYDE, CA (October 12, 2019) – A 70-year-old motorcyclist died after he was struck head-on by a pickup truck Saturday afternoon in an unincorporated Sacramento County.

According to the CHP, a 34-year-old man was driving a Ford F-250 northbound when he did not see traffic stopped in front of him and swerved to the left.

The Ford rear-ended two vehicles before crossing over the double-yellow lines into oncoming traffic on the opposite side of the highway. It then struck head-on a 2010 Harley-Davidson motorcycle.

CHP officials said both motorcyclists were thrown to the roadway and the 70-year-old rider died at the scene. The Sacramento County Coroner’s Office did not release the victim’s identity pending next of kin notification.

Meanwhile, the 73-year-old rider was taken to a local hospital for treatment of minor injuries.

The drivers in the Ford and the two other vehicles were not injured.

Authorities closed the Highway 160 for about two hours while they investigated the incident. They said alcohol and drugs were not a factor in the crash.

We would like to extend our sincere sympathies to the family and friends of the victim during this moment of grief.

If you have lost a loved one due to a negligent driver, please contact the Sweet Lawyers for immediate assistance. Our seasoned wrongful death attorneys will fight by your side until you receive the justice your loved one deserves. We have the skills, knowledge, and experience to ensure that you receive a maximum settlement for your loss. We understand the suffering you are bearing and will do our best to make things as easy for you as possible. Call us for a free consultation at (800) 674 7852.