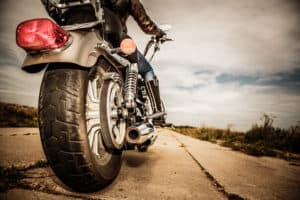 According to CHP officials, a 34-year-old man drove a Ford F-250 north around 2:16 p.m. on Highway 160 near Highway 220. However, he did not notice traffic stop in front of him and he swerved left. The Ford struck the back of two vehicles. Then it crossed over the double-yellow lines into oncoming traffic on the opposite side of the highway.

CHP officials stated that both motorcyclists were ejected to the roadway. The 70-year-old rider succumbed to his injuries. In addition, paramedics rushed the 73-year-old rider to a local hospital for minor treatment. No drivers in the Ford or the other vehicles were hurt, according to officials.

The investigation shut down Highway 160 for around two hours. In addition, CHP investigators said alcohol and drugs were not considered as factors in the crash.

The victim’s identity is not yet available.

With thoughts of peace and comfort, we would like to send our deepest sympathies to the family and friends of the deceased.

If you have lost a loved one in a car collision, consider the Sweet Lawyers for comprehensive legal guidance. We approach each case methodically to ensure it receives our undivided, professional attention. We have a team of outstanding wrongful death lawyers with a heart to fight for those who have been in unfortunate circumstances. Regardless of your situation, you can count on us to represent you. To schedule your free consultation, please call (800) 674 7852.