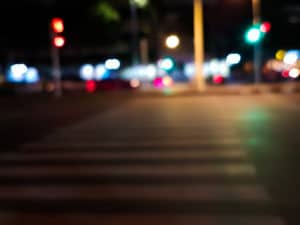 CHULA VISTA, CA (March 3, 2020) – A 69-year-old woman was pronounced dead after a van struck her on Anita Street on Monday night.

The incident occurred around 6:30 p.m., in the 600 block of Anita Street, just west of Broadway. Dispatchers arrived to the area shortly after.

According to reports, a man was driving a Chevrolet van east on Anita Street. Meanwhile, the female pedestrian walked southbound across the street. She was outside of a marked crosswalk when she was hit by the van in the eastbound lane.

When the officers arrived, they located her lying in the road. Medics transported the pedestrian to UC San Diego Medical Center for further treatment of life-threatening injuries. However, she was later pronounced dead. The identity of the victim remains unreleased due to pending family notification.

Meanwhile, the involved driver stated at the scene and has been cooperative with the investigation. Authorities also ruled out intoxication as a contributing factor in the collision.

Sweet Lawyers extends our heartfelt condolences to the family members and friends of the woman who passed in this fatal pedestrian accident.

If you lost a loved one in a crash, call Sweet Lawyers. With over 40 years of experience in the legal field, we know what it takes to win your case. Our attorneys and professional legal team have dealt with a variety of cases including personal injury, wrongful death, and pedestrian accidents. Day and night, we promise to fight for you until your family achieves the justice and compensation that is owed. Call us at (800) 674 7852 to arrange your free consultation with an experienced legal professional in your area. For your convenience, we are also available through email, text message, and online chat 24 hours a day and 7 days a week.