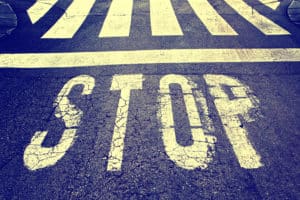 The incident happened on Sunday at around 8:40 a.m. according to the authorities. A 2001 Ford Ranger was eastbound on Nebraska Street. The pickup truck then attempted to make a right turn onto southbound Broadway when it hit the pedestrian. The man was attempting to cross in the southern crosswalk at the time.

Medics transported the pedestrian to a local hospital with major injuries to his legs. He was in critical condition. Meanwhile, the police impounded the Ford Ranger. They also cited its 58-year-old driver for driving with a suspended license.

The officers said they don’t believe that speed, nor drugs or alcohol, were a factor in the collision. However, further investigation is underway.

It is important to abide by all traffic laws and observe safety precautions whether you are a driver or a pedestrian. If you’re driving, avoid distractions and look out for pedestrians at all times. If you’re a pedestrian, cross at designated crosswalks or intersections. Obeying traffic laws and being cautious of the conditions of the road can help prevent an unforeseen accident.

The Sweet Lawyers hold a wealth of knowledge in personal injury cases. If you’ve suffered a debilitating injury in a pedestrian accident, take legal action. We provide aggressive representation and compassionate guidance to our clients. We know that hiring an attorney may take time and research. However, when you choose us, we’ll be sure to start on your case in the first several hours while you rest and recover. To seek justice, a maximum settlement and prosecution against the reckless driver, contact us at (800) 674 7852.