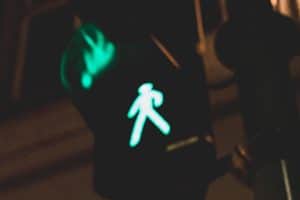 RIVERSIDE, CA (September 15, 2019) – A 60-year-old man was killed after being struck by a vehicle while trying to cross a Riverside street Sunday evening, authorities said.

According to Riverside police, a male pedestrian was not in a designated crosswalk when he was struck by a southbound Chevrolet pickup on Van Buren.

The driver stopped and called 911. An ambulance took the victim to a hospital, where he died a short time later.

Officials did not release the identity of the victim pending next of kin notification.

Police questioned the driver and later released him.

No words can mend the broken hearts and sorrow felt during this delicate moment. We offer our deepest condolences to the family and friends of the victim.

If you suddenly lost a loved one due to someone’s negligence, contact us today at the Sweet Lawyers. Our litigators are highly skilled and experienced in handling delicate cases such as wrongful death. We want to help you through this difficult time so you can focus on other matters at hand. Let us fight for justice and proper compensation your family deserve. Call us for a free consultation at (800) 674 7852.