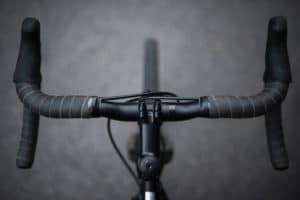 According to the Washington State Patrol, the driver strayed from the road while she reportedly lit a cigarette. As a result, the driver’s vehicle struck a bicyclist.

Trooper Chelsea Hodgson of the State Patrol revealed that around 7:15 a.m., state troopers and medics arrived to the scene on Highway 304 at Charleston Beach Road. They responded after receiving reports of a car and bicycle crash.

Medics took the male bicyclist to Harrison Hospital with non-life-threatening injuries. Reports also revealed that he wore a helmet that protected him from suffering serious injuries.

According to the preliminary investigation, the 19-year-old female driver of the car was lighting a cigarette before driving off the roadway and hitting the bicycle rider.

As a result of the crash, the authorities shut down two lanes of Highway 304 during the crash investigation. The roads have since reopened.

Always be cautious of bicyclists on the road when driving. Bicycle accidents are extremely dangerous because of their lack of protection and lightweight bodies. By paying attention to your surroundings and driving within the speed limit, dangerous accidents can be prevented.

If a family member sustained injuries in a bicycle crash, call the experienced attorneys at Sweet Lawyers. We have over 40 years of experience in the legal field. We know what it takes to win your case lawyers . Our attorneys and the experienced professional legal team dealt with cases including car accidents and personal injury>. Our team will fight to achieve the justice and compensation that you and your family deserve. Call our offices at (800) 674 7852 for a free consultation.