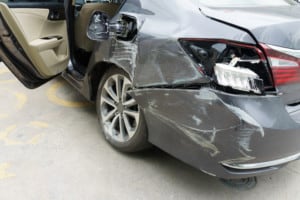 According to reports, the crash happened around 9:03 a.m. as the woman walked on the west side of Jack Bulik Park.

Meanwhile, the preliminary investigation revealed that a 33-year-old man from Fontana drove a black 2012 Ford Focus north on Cypress Avenue. At the same time, the pregnant woman walked west from the east side of Cypress Avenue.

After the crash, the Ford driver remained at the scene and helped with the investigation. Meanwhile, paramedics took the patient to a nearby hospital for treatment.

Moreover, the authorities believe that alcohol and drugs didn’t play a role in the crash.

The Fontana P.D.’s Major Accident Investigation Team spearheads the investigation. Moreover, they are urging Anyone with information to call Officer Locey at dlocey@fontana.org.

Driving can be very dangerous if you don’t follow common safety measures on the road. Moreover, it is important to always drive within the posted speed limit. Also, slow down if you see traffic stalling ahead to avoid hitting other vehicles.

According to the National Highway Traffic Safety Administration (NHTSA), two out of three motorists will be involved in an accident that causes injuries in their lifetime. Thus, it is valuable to know what to do if you get involved in a motor vehicle accident.

Furthermore, the most valuable step you can take in response to a vehicle crash is hiring a personal injury attorney.