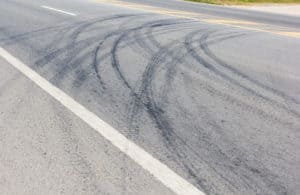 According to California Highway Patrol Officer Olegario Marin, the crash happened around 11 a.m.

Per Marin, the crash befell on the Green Bridge and involved a blue Ford Mustang and gray SUV.

The SUV, carrying a man and a woman, caught on fire as firefighters tried freeing the victims from the wreckage. Firefighters also noted that the SUV was dangling over the railing when they arrived.

In the Mustang, a female occupant required extrication, as well. The driver, however, exited the vehicle on his way.

While paramedics brought the Mustang driver to Ukiah Valley Medical Center, several others airlifted his passenger to Santa Rosa Memorial with serious injuries.

In their investigation, authorities arrested one of the drivers on suspicion of driving under the influence. However, an investigation into this assertion is underway.

If you are under the influence and need to go home, contact a sober friend or family member instead. Driving while impaired often leads to road accidents. We can avoid these devastations that can harm yourself and others by relying on a taxi. Our law firm never encourages drinking and driving.

If you’re eager to discuss your personal injury case with the attorneys at the Sweet Law Group, call (800) 674 7852. We are excited to hear from you to determine the next steps in winning your case. Our prosecutors are knowledgeable and experienced. You can expect detailed guidance and compassion from our team. To schedule a consultation regarding your situation, call us.