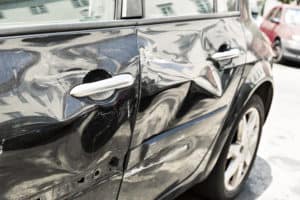 According to California Highway Patrol Mark Latulippe, the incident ensued around 9:10 p.m.

A 39-year-old man operating a Ford Focus southbound on South Mission Road allowed his vehicle to veer into the opposite lane of traffic. There, his car spun out and collided with a northbound North County Transit District bus.

Paramedics arrived at the scene and transported the Ford driver to Palomar Medical Center in Escondido. Back at the scene, paramedics evaluated three of the eight bus passengers, including the driver.

In their investigation, officers learned that the Ford driver was under the influence at the time of the crash. They expect to arrest him on suspicion of DUI once he is medically cleared.

Police did not release any additional information. However, an investigation is ongoing.

Driving is one of the most dangerous things you can do. When operating a vehicle, remain focused and conscious of your surroundings. Being impaired while driving a car can lead to risky circumstances. If you are impaired, contact a taxi driver to bring you home instead. You can save yourself the trouble that comes with drunk driving.

If a car accident has recently left you overwhelmed and financially struggling, call the Sweet Lawyers at (800) 674 7852. We are a personal injury law group with more than 40 years of practice. As a tried-and-true professional attorney, we pledge to fight for you every step of the way. In addition, our team will fight for a full compensation to help with any financial obligations from your auto accident. To hear from us, call today.