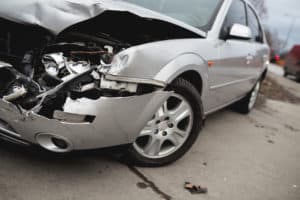 According to the Seattle Police Department, the crash befell around 3 p.m. A Dodge Charger driver allegedly drove onto a sidewalk after trying to pass a slower moving vehicle on a steep downward hill.

As a result, the 59-year-old man struck a 9-year-old boy and his mom on the sidewalk before traveling eastbound and slamming into another car. The collision with the vehicle sent the Charger into a light pole at 22nd Avenue West.

Due to the accident, the pedestrians, the 49-year-old woman and 16-year-old passenger in the second car and the Dodge driver suffered injuries and sought treatment.

Per Seattle Police, officers arrested the Dodge driver for DUI and several counts of vehicular assault.

There are driving tips out there that every motorist should know. Never drive while inebriated. Also, watch your speed and direct your full attention on the road ahead. We can greatly avoid the risks of road accidents by driving carefully and defensively.

The Sweet Lawyers are determined to get your case in motion and win you a fulfilling outcome. If you’ve been injured in a serious traffic collision and would like to hire us, call (800) 674 7852. Our goal is to get you out of this inauspicious bind and represent your case in the best light. The jarring consequences of your case can be settled by us. Our lawyers are eager to hear from you. We know what it takes to win. Above all, we believe you deserve the best legal representation and proper compensation for your pain and suffering. Let us help.