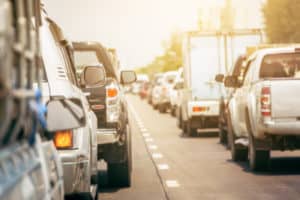 According to reports, the incident happened when a car crashed into a private ambulance on its way to the hospital.

Costa Mesa Police Department spokeswoman Roxi Fyad confirmed that the ambulance had activated lights and sirens. “A driver collided with the ambulance at the intersection of Newport and Fair,” Fyad said.

“About 12:40 p.m., a private ambulance from Lynch was transporting a critical patient to an area hospital,” Costa Mesa Fire Captain Joe Noceti revealed.

When Costa Mesa Firefighters came to the scene, they requested medics to immediately transport the patient to a local hospital.

Officers added that they found two patients in the Lynch ambulance with mild to moderate injuries. Also, they passed and treated the other driver.

Responders took all three of them via an ambulance o a nearby hospital.

If you or someone you love has recently been involved in a similar auto accident, you do not have to face the aftermath alone. Our experienced attorneys will guide you through every step of the way to assure that you receive the justice and compensation you deserve. To file a claim, call (800) 674 7852. Let’s discuss your options in detail. Besides, you can also reach us through our online chat, email, and text message 24 hours a day, 7 days a week.