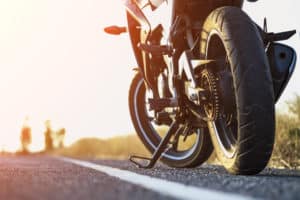 At around 7:15 p.m. on the 400 block of F Street, the driver of a 2014 Harley Davidson Road King was doing a wheelie when he lost control, and his passenger, a 32-year-old woman, fell off the motorcycle, according to the San Diego Police Department.


The motorcycle then struck two pedestrians at the corner of F Street and 4th Avenue, and the rider fell off and left the scene, leaving the motorcycle at the area, police stated.

One pedestrian, a 21-year-old man, sustained a fractured ankle and a laceration to the knee. The other person, a 55-year-old woman, suffered a broken elbow.

Both were transported to a hospital, together with the female passenger for complaints of pain.

The incident remains under the investigation of the San Diego Police Traffic Division.

If you have suffered injuries caused by a reckless hit-and-run driver, choose to trust the experienced lawyers at Sweet Law Group. Our team has over 40 years of experience in the legal field, and we have the experience and resources to win your case. Our attorneys and legal team have dealt with a variety of cases including car accidents, wrongful death, personal injury, and disability. Call our offices today at (800) 203-3061 for a free consultation with a professional in your area. For your convenience, we can also be contacted 24 hours a day/7 days a week by email, online chat, and text message.