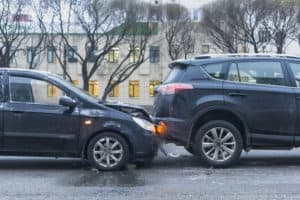 3 Hurt, Including Baby, in DUI Two-Car Crash in Seattle

However, a woman operating a Nissan, trailing behind the minivan, tried passing up the van at a high rate of speed.

According to police, the Nissan smashed into the side of the minivan before bursting into flames. Bystanders and witnesses quickly rushed to the woman’s aid, pulling her from the blaze.

Following the accident, a baby in the minivan suffered critical injuries, urging paramedics to bring the child to Harborview Medical Center in the ICU. A 15-year-old girl – also an occupant of the minivan – suffered unknown injuries yet is expected to survive.

Meanwhile, the Nissan driver sought treatment at Harborview, as well. In their investigation, authorities said she demonstrated signs of impairment. More investigation of this claim is underway.

Driving under the influence is never a smart move. You’ll more than likely find yourself distracted and tired, making yourself more susceptible to reckless driving and harm. If you’re under the influence, do not drive. Have someone sober and trustworthy bring you home instead.

The Sweet Lawyers fully understand your situation. We are a tried-and-true personal injury law firm backed by four decades of practice. If you have suffered an injury or a loss in the family due to a negligent driver, call (800) 674 7852. Our goal is to win your case and grant you full compensation. We specialize in an array of lawsuits varying from disability law to car accident. If you’re interested in your legal options, contact us immediately.