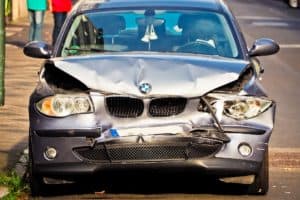 Vancouver, WA (July 30, 2020) – On Wednesday, three people were injured in a two-vehicle crash on Southeast Ellsworth Road and 10th Street.

Emergency responders were dispatched at around 10:32 a.m. in Vancouver’s Ellsworth Springs neighborhood.

The Jeep collided into the passenger side of the victim’s car. Then, it struck a traffic pole while the Hyundai SUV collided into a power pole.

Moreover, one of the drivers got unconscious. Paramedics performed CPR on one of the occupants. Also, authorities had to extricate one person from the wreck.

Kapp mentioned that it is not stated in the call notes that any of the injuries were fatal.

However, rescuers said the crash caused serious injuries, and that is why a total of three ambulances were needed at the scene.

Meanwhile, traffic was affected for a short time. The crash is currently under investigation.

What Should a Crash Victim Do?

Roadways, while scrupulously created and mapped for efficient travel, are one of the most risky settings.

It is therefore important to know how to proceed in case you find yourself involved in a traffic collision.

In fact, each year, around 20-50 million people are injured or become disabled due to an auto crash.

Here is how to proceed if you find yourself involved in a crash:

Also, collect as much information as possible: insurance and contact information of people involved in the accident, and pictures/videos of vehicles involved. Do not forget to include documentation of fault, and whatever else that can be used for evidence.

Additionally, file a police report or incident report by calling 911.

Come to Sweet Lawyers. We pride ourselves on attorneys that have more than 40 years of expertise in the legal field. Call us at (800) 674 7852. Also, you may send us an e-mail or a text message. You may also chat with our live agents.