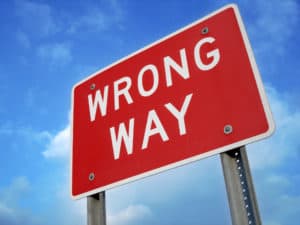 LAS VEGAS, NV (January 7, 2020) — At least one person died in two separate wrong-way collisions that unfolded near the 15 Freeway and 215 Freeway this past weekend.

According to officials, the first crash happened around 11:00 p.m. Saturday when a wrong-way passenger vehicle plowed into a tractor-trailer on the 15 Freeway near Jean. However, it is uncertain what drove the car accident in the first place and what possible factors played a role.

Just a couple of hours later, a second wrong-way collision ensued around 2:00 a.m. Sunday. On the 215 Freeway, a wrong-way vehicle collided with another car.

Per California Highway Patrol officers, a 41-year-old woman who was not a passenger in the wrong-way car perished in the collision.

Impairment does seem to be a contributing factor in the crash. As far as the victims’ identities, they should be released by the Clark County coroner office once the next of kin is notified.

No one should ever have to learn about this type of news. The Sweet Lawyers would like to express their sympathies to the friends and families of the victims.

Contact the Sweet Lawyers if you’re interested in pursuing a personal injury case. We are a law group with over 40 years of practice. Since the beginning, we’ve guided individuals who’ve been victims of reckless car accidents. Our legal specialists specialize in personal injury, wrongful death and car accidents. If you believe you deserve more than what your life has recently reduced to, call (800) 674 7852 to schedule a free consultation.