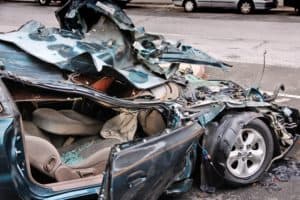 Man and Woman Hurt in Single-Car Collision in San Diego

According to reports, the crash was reported around 9:40 p.m. just west of the 5 Freeway.

The San Diego Police said a 24-year-old man driving westbound on Main Street failed to negotiate a sharp curve. Subsequently, his 2013 Chevy Malibu veered off the road and crashed into a drainage ditch.

However, about an hour prior, patrol officers tried pulling over the Chevy Malibu for running a red light. Instead of complying with law enforcement, the man took off and headed east on Highway 905 before hopping on to the 805 Freeway. It wasn’t long after when the chase ended for safety reasons.

When Chula Vista firefighters arrived at the scene of the crash, they found the man and woman with major injuries. The female passenger suffered a displaced pelvis, a brain bleed and brain swelling.

Speeding can increase the likelihood of car accidents. To avoid the dangers of road collisions, drive carefully. By watching your speed and being alert, you can maximize your safety.

Contact the Sweet Law Group to file your personal injury case. Our firm has settled thousands of cases in the last 40 years. We will charge you nothing until we win your case and promise to work on your lawsuit in the first several hours. If you are eager to discuss your car accident situation with our attorneys, call (800) 674 7852. With a free consultation, you will learn more about your legal options.