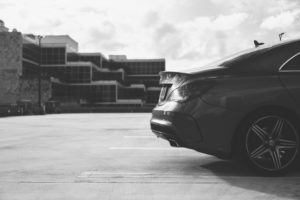 The troopers and medics came to the crash scene at around 10:35 a.m. Moreover, the serious crash occurred just east of Myers Road.

When the authorities arrived, they found a wrecked vehicle at the scene. Thus, responders transported both vehicle occupants to the hospital for treatment of injuries.

Meanwhile, one of the vehicles also struck a power pole and was leaning over the highway, with lines hanging over the road. Meanwhile, the second vehicle involved in the collision fled and remains at large.

On the other hand, the preliminary investigation revealed that both vehicles headed west on State Route 410 when the crash happened.

As a result, the victim’s vehicle driver hit the brakes, until the vehicle steered off the road and the right shoulder. Then, the passenger side of the vehicle hit the power pole and then overturned into the ditch.

However, the suspect’s car continued driving and is still yet to be found.