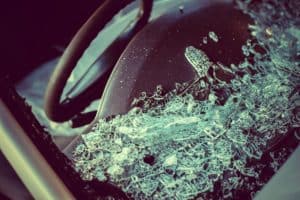 According to the Victorville Police Department, the incident occurred at about 7:00 p.m. It happened at the intersection of Air Expressway and Nevada Avenue.

The deputies from the Victorville Police Department found an overturned pickup truck and a small sedan with front end damaged. They found the sedan facing the wrong way in the westbound lanes of Air Expressway. Meanwhile, the male driver was pinned inside.

As a result, Victorville City Firefighters extricated the driver of the four-door sedan. Afterward, they airlifted him to a trauma center after suffering critical injuries.

Meanwhile, responders transported the male Toyota pick-up driver to a local hospital in an ambulance.

Reports showed that both drivers were conscious and responsive at the time of their transport.

Due to the crash, the authorities shut down both directions of Air Expressway for 1 hour.

The incident is under active investigation.

If you or someone you love has recently been involved in a similar auto accident, you do not have to face the aftermath alone. Our experienced attorneys will guide you through every step of the way to assure that you receive the justice and compensation you deserve. To file a claim, call (800) 674 7852. Let’s discuss your options in detail. Also, you can reach us through our online chat, email, and text message 24 hours a day, 7 days a week.