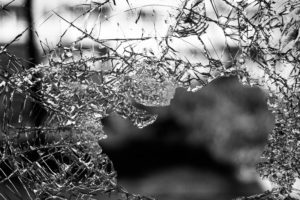 2 Suspects Killed in Crash on Magnolia Avenue and Chapman Avenue

Garden Grove, CA (August 1, 2020) – On Thursday, 2 men died and 1 man got seriously injured in a crash on Magnolia Avenue and Chapman Avenue.

The accident happened at about 5:50 p.m when a suspected stolen vehicle pursued by authorities from Stanton to Garden Grove crashed into a tree and a fire hydrant.

Authorities attempted to conduct a traffic stop to check on the vehicle, but the driver sped eastbound on Katella. It went southbound on Magnolia Street.

The driver lost control when it reached Magnolia Avenue and Chapman Avenue which is about two miles from where the pursuit started.

Then it crashed into a tree. At the same time, a fire hydrant was hit, water began to flow upward.

One of the three men died at the scene. Rescuers managed to take the two suspects to a hospital where one of them died. The remaining suspect is in critical condition, sheriff’s spokeswoman Carrie Braun said

Braun also said the suspected stolen vehicle was traveling more than 70 miles per hour during the pursuit.

“Deputies were slowing in the intersections…while the vehicle was going at the same speed,” Braun said.

“So we’re pulling away from the suspect at the time of the collision.”

Commonly, during pursuits, agencies will stop a chase if it becomes dangerous, which is often due to high speeds.

“There are always discussions about whether to terminate a pursuit for public safety issues,” Braun said. But that was not the case for Thursday’s short distance pursuit, she said.

We at Sweet Lawyers express our condolences to the family and friends of the deceased. May you find strength in this time of pain.

If a loved one died or sustained injuries in a crash, reach out to the lawyers at Sweet Lawyers. We understand what you and your family are going through. Our team is here to help. With over 40 years of experience in the legal field, we know what it takes to win your case. Our attorneys and legal team have dealt with cases including auto accidents, personal injury, and disability. In addition, you do not need to pay a dime unless we settle your case. Call our offices today at (800) 674 7852 for a free consultation in an office near your location. For your convenience, we are also available through email, text message, and online chat 24 hours a day and 7 days a week.