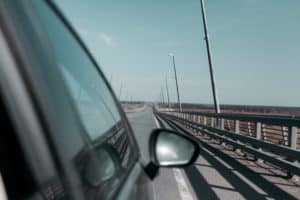 Investigators found out that the 22-year-old male driver of a southbound blue 2007 Nissan Altima on Jamacha Road drove at a high speed. He then lost control of the car. He spun and slid into the northbound lanes, where the sedan crashed with a white 2016 Nissan Altima.

Responders transported the blue Nissan’s male passenger to a hospital with life-threatening injuries.

Meanwhile, Kirk added that a 54-year-old male passenger in the white Nissan went to a hospital with injuries.

Authorities arrested the blue Nissan driver on suspicion of DUI.

As a result, both directions of Jamacha Road from Gustavo Street to Kendrick Way shut down during the crash investigation.

If your safety is under a great threat on the road due to a negligent or an irresponsible driver, contact the experienced lawyers at Sweet Law Group. We have over 40 years of experience in the legal field, and we will fight to achieve the justice and compensation that you and your family deserve. Our attorneys and experienced professional legal team have dealt with cases including wrongful death. Call our offices today at (800) 674 7852 for a free consultation at a location nearest you. For your convenience, we can also be contacted 24/7 by email, online chat, and text message.