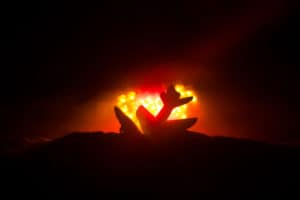 HENDERSON, NV (September 11, 2019) – Two people died and three others were hurt in a small plane crash in Henderson on Saturday, September 7.

The plane headed to Gillespie Field airport in El Cajon crashed at around 7:45 p.m. Saturday. It occurred when the single-engine Beechcraft Sierra took off from the Henderson Executive Airport. The plane suffered a mechanical problem and the pilot turned the plane around. He tried to land it when it crashed south of the airport.

The propeller plane caught fire after the incident, according to authorities.

A person who attempted to help rescue people in the plane suffered minor injuries from smoke inhalation, firefighters stated.

The Clark County coroner’s office will release the identities of the victims after their next of kin are notified.

The National Transportation Safety Board will investigate the incident. It could take a year or more to complete.

We at Sweet Lawyers offer our heartfelt condolences to the family and friends of the deceased victims. Our thoughts and prayers are with them during this challenging time.

If you have suddenly lost a loved one in a small plane accident, reach out to the wrongful death lawyers at Sweet Lawyers. With over 40 years of experience in the legal field, we know what it takes to win your case. Call our offices today at (800) 674-7852 to set up a free consultation with a legal professional in your area. For your convenience, you also reach us through email, text message, and online chat 24 hours a day/7 days a week.