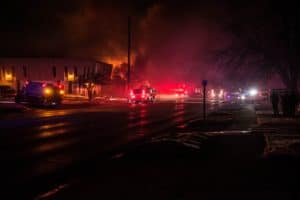 Huntington Beach Fire Department confirmed that two died and three suffered injuries in unknown condition after a major accident. According to officials, just before 9:30 p.m., they received a call about a multi-vehicle accident in the 18200 block of Beach Boulevard.

Officers later found a 2007 red Honda Fit with major damage to the passenger side of the vehicle at the scene. Both the 29-year old male driver from Chino Hills, and the 36-year-old female passenger from Huntington Beach, died at the scene.

At around 10 p.m., authorities closed the southbound lanes of Beach Boulevard from Talbert Avenue to Taylor Drive. However, the area has since reopened.

Huntington Beach police continued their investigation into the accident. Investigators are still asking the public for witnesses and video footage that are related to the crash.

We extend our sincerest sympathies to the family and friends of the victim during this difficult time.

If your loved one died in a multi-vehicle collision, reach out to Sweet Lawyers. With over 40 years of experience in the legal field, we know what it takes to win your wrongful death case. Call us at (800) 674 7852 to arrange your free consultation with an experienced legal professional in your area. For your convenience, we are also available through email, text message, and online chat.