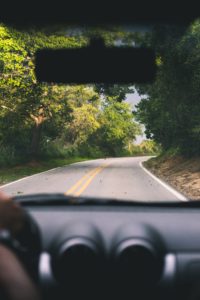 RIVERSIDE, CA (May 21, 2019) – A car crash on Magnolia Avenue left two people with critical injuries Sunday morning. The crash happened in the 7000 block of Magnolia Avenue near Washington Street. The area is south of Arlington Avenue.

The City of Riverside Police and Fire Departments, and other emergency personnel, received reports of the collision. They were dispatched to the scene of the crash at around 1:30 a.m.

The car involved in the accident was a Nissan 350Z. An investigation determined that the car failed to negotiate a curve while westbound on Magnolia Avenue. Subsequently, the car crashed into two trees. Witnesses said the car was traveling at a high rate of speed before the crash.

The incident left both occupants trapped inside the mangled vehicle. Firefighters extricated them from the vehicle before rushing them to area hospitals. Both occupants sustained serious injuries.

Members of the Riverside PD’s Major Accident Investigation Team assumed the crash investigation. The police ask anyone with information regarding the collision to call Riverside PD Traffic Detective Matthews at (951) 826-8724.

Driving at unsafe speeds is a serious threat to people’s safety. Always drive within the posted speed limit and abide by all traffic laws. Slow down if you see traffic stalling ahead to avoid hitting other vehicles. Always remember that reaching your destination safely is the most important.

You can expect distinguished legal service from The Sweet Lawyers. Learn what separates our personal injury law firm from others. For more than 40 years, we’ve helped families recover from their wrongful death and personal injury cases. Call (800) 674 7852 for a free consultation with a professional in your area. We can also be contacted by email, online chat, and text message 24 hours a day and 7 days a week.