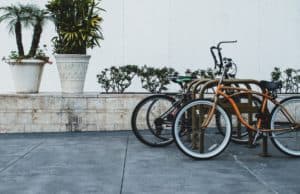 EUREKA, CA (October 3, 2020) – Thursday night, a person died in a bicycle crash on Broadway Street and Hawthorne Street in Eureka.

Moreover, the Eureka Police revealed that the crash involved a bicycle rider and a pickup truck. Also, the incident took place on Broadway Street, just south of West Hawthorne Street.

The officials also said that the bicycle rider steered into the path of oncoming traffic. As a result, the bicycle and the truck crashed head-on.

The impact left the bicycle rider with fatal injuries. Meanwhile, the truck driver was uninjured. Furthermore, the authorities also confirmed that the driver was not driving under the influence.

As of this time, the authorities are withholding the identity of the victim due to pending family notification.

In the fatal bicycle accident on Broadway Street, the family of the victim must become aware of their rights under the law.

If a loved one died in a bicycle accident due to a reckless driver, do not hesitate to file a claim. To begin your wrongful death claim, call Sweet Lawyers at (800) 674 7852. Our goal is to remain on your side throughout your legal battle and grant you and your family the settlement you deserve. Moreover, we single ourselves out from other personal injury law firms by providing personalized guidance and aggressive representation. Also, because we respect our clients, we require no silly “retainer,” or holding fees. If you’re interested in seeking trusted legal support to cover the financial hardships accrued the loss of a loved one, call us.