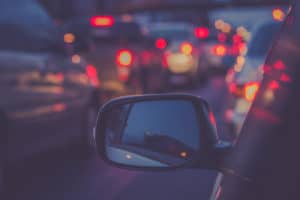 According to California Highway Patrol spokesman Officer Travis Garrow, the incident involved a white Honda sedan and a pickup. Moreover, it occurred at around 11:00 p.m., on east State Route 94 near Lemon Grove Way.

Reports revealed that a person in the pickup sustained minor injuries in the crash. Then, occupants from the truck approached the sedan to check on it. However, two male occupants of the sedan allegedly pulled guns and pointed them at the other parties.

Afterward, the two men with guns fled the scene with a third male from the sedan. Meanwhile, a fourth occupant remained at the scene. The three men fled towards south off the freeway and into Lemon Grove, Garrow added.

Officers detained the person who stayed at the scene with two of the three men who fled the scene. Then, responders transported the three to a hospital to be checked.

Authorities said that no weapons were found near the scene.

It is still unknown as to who was driving the Honda at the time of the crash and which men pulled and pointed their guns.

Knowing How to Deal With a Serious Car Accident

Distinguished personal injury assistance and guidance can be found with the Sweet Lawyers. Since the dawn of our firm over 40 years ago, we’ve assisted families in need of legal care. From car accidents to wrongful death, we’ve settled a myriad of lawsuits that have helped many people. Thus, if you refuse to settle and would like to take legal action against the reckless driver, call (800) 674 7852.