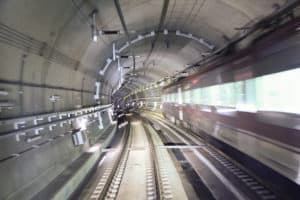 According to the Santa Barbara Police Department, the train struck and killed a pedestrian shortly after 7:00 a.m.

Hunt added that as a result of the crash, the adult male pedestrian was pronounced dead at the scene.

He also confirmed that there were no suspicious circumstances present in the collision.

However, the identity of the pedestrian remains unreleased due to pending family notification.

Hunt clarified that the train that struck the pedestrian was a southbound Amtrak.

Meanwhile, the train traffic was temporarily suspended for a time because of the crash. The authorities are still investigating the collision.

On behalf of Sweet Lawyers, we are extending our sympathies to the family and friends of the person who passed in the train accident on Montecito Street.

If a family member died in a similar incident or has suffered serious injuries, turn to us. Sweet Lawyers are here for you and unlike insurance companies, they will ensure you acquire the highest settlement needed to cover the costs an accident has caused. Our accident lawyers are vastly trained in train accidents and more. We vow to win you the compensation you and your family deserve. To schedule a free consultation, please call (800) 674 7852 and speak to an experienced legal professional in your area. For your convenience, you can also reach us 24 hours a day and 7 days a week by email, online chat, and text message.