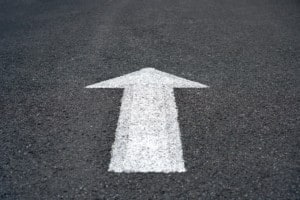 LUCERNE VALLEY, CA (May 7, 2019) – One person was killed while four others were injured after a driver lost control of a minivan in Lucerne Valley Saturday night. Officials said the crash occurred on Highway 18 near Christenson Road at around 10:38 p.m.

A minivan driven by a woman was traveling eastbound passing Custer Avenue on Highway 18 when it hit the pedestrian. The driver reportedly lost control of the vehicle after the impact which caused it to roll several times.

The pedestrian was pronounced dead at the scene. Officials have not released the name of the victim. Witnesses described him as a white male adult who appeared to be in his mid-thirties.

The driver of the minivan sustained major injuries after getting ejected from the vehicle. She was airlifted to a trauma center. Paramedics transported three other people inside the van, including a baby, to a hospital with nonlife-threatening injuries.

The cause of the crash is currently under investigation by the California Highway Patrol.

Our sincerest condolences to the family and friends of the victim.

If your safety was put under a great threat on the road due a negligent or an irresponsible driver, contact the experienced lawyers at Sweet Law Group. We have over 40 years of experience in the legal field, and we will fight to achieve the justice and compensation that you and your family deserve. Our attorneys and experienced professional legal team have dealt with cases including pedestrian car accidents. Call our offices today at (800) 674 7852 for a free consultation at a location nearest you. For your convenience, we can also be contacted 24/7 by email, online chat, and text message.