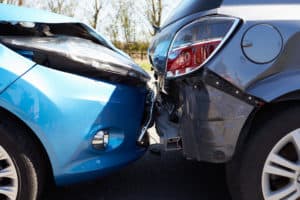 HANFORD, WA (August 9, 2019) – A person died while three others suffered injuries in a car accident on Highway 24 on August 1.

The initial investigation determined that an 18-year-old male driver in a Honda Fit traveled east. As he passed several vehicles on the two-lane highway, he tried to get past two semi-trucks in an oncoming truck before he crashed head-on with a Chrysler PT Cruiser.

“They impacted at a pretty high rate of speed. Both vehicles caught fire,” Bryant added.

The 15-year-old female passenger of the Honda Fit succumbed to death. Meanwhile, two occupants of the PT Cruiser went to Cadillac Hospital in Richland by Life Flight. Responders also transported the male driver to the same hospital via ambulance.

The state Department of Transportation administered alternate routes in place.