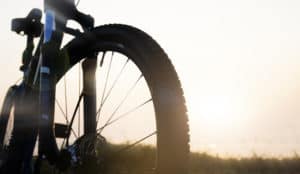 Male Victim Hospitalized after Collision near Bonita Road in Lamont

According to the California Highway Patrol, the collision occurred around 5:45 p.m., on April 12. Dispatchers arrived to the area on Habecker Road just south of Bonita Road, shortly after.

Officers revealed that a male rider was heading south on the shoulder of the road when he collided with a pickup-truck. The truck was reportedly pulling into a driveway at the time.

Authorities later added that the rider was not wearing a helmet or any protective gear.

Responding paramedics later transported the male to Kern Medical with major injuries. There has been no update on his current condition.

The surrounding area on Habecker Road was closed off for a brief time during cleanup and preliminary duties. However, the roadway has since reopened.

Officers say the bike may have been stolen. However, it has not been confirmed. At this time, the investigation remains ongoing.

Whether you are operating a vehicle or a bike, it is your responsibility to follow all traffic laws. By doing so, you can help to ensure the safety of yourself and others around.

If you or someone you love has recently suffered a personal injury due to someone else’s negligence, you do not have to face the aftermath alone. We at Sweet Lawyers can help you build a strong case to recover the compensation that your circumstances demand. If you’re interested in a 100% free consultation to discuss your case at length, call (800) 674 7852. Rest assured for you will not pay us a dime unless you win. For your convenience, you can also reach us by text message or email 24 hours a day, 7 days a week.