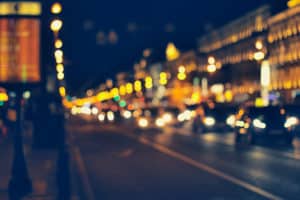 GRAND MOUND, WA (March 9, 2020) – On Wednesday near Centralia, a 28-year-old unidentified female sustained injuries in a 5-vehicle crash on 5 Freeway.

WSP reports stated that the authorities arrested a driver after speeding down 5 Freeway at 100 mph, and causing a multi-vehicle crash.

Troopers and medics arrived on the southbound lanes of 5 Freeway around 4:00 p.m., between Grand Mound and Centralia. They responded upon receiving reports of a multi-vehicle collision.

The five-vehicle crash involved a white Nissan, a pickup truck and a semi-truck.

The initial investigation revealed that the southbound Nissan driver was making erratic lane changes when he rear-ended the pickup. As a result, the collision caused the pickup to veer off the road and overturn.

Meanwhile, medics transported the female driver of the pickup after suffering from hip pain. However, there were no other injuries reported in the collision.

State troopers later described the Nissan driver as a man in his 20s. He was arrested on scene and later booked into jail for investigation of vehicular assault.

In addition, the collision also shut down one lane of southbound 5 Freeway as crews conducted the cleanup and investigation. However, the road has since reopened.

Speeding and DUI can lead to road accidents. Such habits are causes of disastrous incidents involving major injuries, damage, and deaths. It is a must for motorists to drive defensively/abide by all driving laws. This is to ensure your safety and the safety of surrounding vehicles.

If you or a loved one suffered serious injuries in a multi-car crash, reach out to the personal injury lawyers at Sweet Lawyers. We understand what you are going through, and our team is here to ensure your legal rights are protected. With over 40 years in the legal field, we have the experience and the resources to win your case. Call us today at (800) 674 7852 for a free, no-obligation consultation at a location nearest you. For your convenience, we can also be contacted 24 hours a day and 7 days a week by email, online chat, and text message.