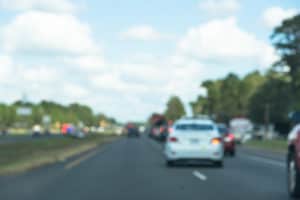 At Least 1 Killed in Two-Car Accident in San Leandro

SAN LEANDRO, CA (May 8, 2019) – At least one person died in Tuesday’s two-car accident on the 580 Freeway near the Dutton Avenue off-ramp.

California Highway Patrol officers responded to the scene around 2:30 p.m. Arriving officers found a white Ford Fusion and a tan Buick near the off-ramp from the eastbound 580 Freeway lanes.

According to CHP, at least one person died as a result of the crash.

Soon after, Oakland firefighters responded with a truck and engine, and a SigAlert was issued at 2:48 p.m.

Reports had not specified how the incident happened or how many occupants suffered injuries. However, an investigation pertaining to the cause and events are underway.

By 5:45 p.m. the off-ramp reopened to commuters and crews lifted the SigAlert.

The Sweet Lawyers are committed to making sure you fully understand your options. If you’re interested in seeking prosecution, call (800) 674 7852. Our firm settles cases involving wrongful death and personal injury. If you believe you may have a case and would like to bring it to our attention, contact us today. Our lawyers have settled numerous cases many of which are similar to yours.