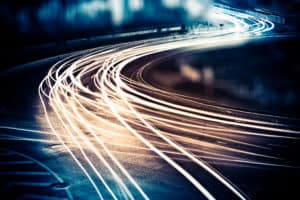 According to the Hemet Police Department, the police chase started at around 7:50 a.m., when an officer spotted an eastbound white Toyota sedan. This vehicle matched a description of a car stolen in Desert Hot Springs. Then, they pulled over the vehicle in the 2000 block of W. Acacia Avenue.

Reports revealed that while the officer was giving instructions to the occupants of the vehicle, the driver took off. Thus, a police pursuit began.

The eastbound vehicle was heading to Devonshire Avenue, ran a stop sign, and swerved to avoid another vehicle. Then, the car skidded and rolled over several times before crashing into a tree. The crash ejected a passenger in the process.

According to Lt. Eric Dickson, the pursuit covered about three-quarters of a mile.

Responders pronounced one of the passengers of the vehicle dead at the scene. Meanwhile, the driver and a front-side passenger were taken to a hospital after sustaining non-life-threatening injuries.

Dickson revealed that a felony no-bail warrant was out for the arrest of the driver for suspected burglary.

Common events on the road can just as swiftly become safety hazards. Thus, veryone must remain calm to properly handle the immediate aftermath of an automobile collision.

If you are involved in a dangerous accident, you can reach out to the experienced lawyers at Sweet Law Group. We have over 40 years of experience in the legal field, and we know what it takes to win your personal injury case. Let us fight for you, and achieve the justice and compensation that you and your family deserve. Call our offices at (800) 674-7852 for a free, no-obligation consultation with a professional in your area.