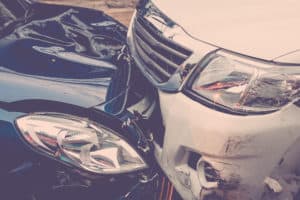 BELLINGHAM, WA (December 6, 2020) – On Saturday, authorities arrested an 18-year-old in a DUI crash on Barkley Boulevard and Orleans Street.

According to authorities, at around 2:00 a.m., a speeding pick-up truck struck a BPD CSI truck.

Shortly after, witnesses reported the pick-up truck running a red light at the intersection of Barkley Boulevard and Orleans Street.

Reports revealed that the 18-year-old driver of the pick-up fled the scene after the Washington accident.

Then, the driver was apprehended after a short pursuit.

Moreover, the driver and a passenger of the pick-up sustained 0 injuries in the Bellingham crash.

Furthermore, authorities booked the driver into Whatcom County Jail for DUI and hit and run.

Meanwhile, the passenger was cited for a Minor in Possession and was later released to family.

Responders transported a BPD officer to a hospital after sustaining a concussion and lacerations and was later released.

Driving can be very dangerous and almost anything can happen if you don’t follow common safety measures on the road. It is important to always drive within the posted speed limit.
&nbsp
Furthermore, you must low down if you see traffic stalling ahead to avoid hitting other vehicles.

The Truth About Injury Accidents

According to the United States Department of Transportation, there are approximately 300,000 merging accidents every year. Thus, it is a necessity to know what to do if you get involved in an accident.

Suffering injuries in an accident due to negligent or irresponsible driving of a reckless driver is a heavy load. Don’t hesitate to turn to the personal injury attorneys at Sweet Lawyers. We’re committed to your future and honoring your needs during this delicate time. We will grant you the outcome to help your family recover. Our purpose is to help families overcome the hurdles and circumstances that have emanated from accidents. We’ll push your case toward success and ensure your family acquires the highest settlement. In addition, you can contact us at (800) 674 7852 . Also, you can reach us 24 hours a day and 7 days a week by online chat, text message, and email.